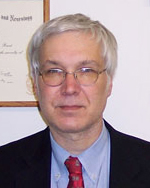 We would welcome other contributors to this page.

Dr. Hain is not a heavy wine drinker, but still enjoys a glass every once in a while. Chicago is a great place to find good wine, and perhaps oddly enough, I generally get my wine from a local Costco.

Costco has very stiff wine competition in Chicago. Nevertheless, it has been my observation that Costco wine seems to generally be a "safer" choice than the majority of the "big box" wine stores in Chicago (which have too much unfamiliar labels to choose from), or my local stores in the area of Chicago that I live. For this reason, most of the wine ratings below are from Costco. A few are from my local Grocery, a few from "Binny's liquor", and a few were gifts from grateful patients.

It seems to me that there is a Darwinian "natural selection" process that goes on in liquor stores -- the good ones get bought. The bad ones stay on the shelf, and turn into vinegar. Thus, over time, the shelves of the liquor stores gradually fill up with vinegar. Of course, it is in the interest of the wine store to sell their vinegar wine to foolish customers.

Wine stores do not seem to have a "drink by #### date" system such as we see on milk in Walgreens. Instead, they seem to use a "buyer beware" or caveat emptor policy -- unload the old wines on the foolish. Of course, the wine store proprietors have a gigantic advantage over their customers - -they know how long the wine has been sitting there, how many bottles of vinegar were brought back, and how the wine is stored in the back room.

Costco has a different dynamic -- the one that I frequent probably has roughly 100 wines to choose from -- all in "warehouse" quantities. Clearly they do not keep wines for years. They are gone in a few months, and either replaced by newer vintages or just gone forever. One is safer with Costco than liquor stores, because their volume is so high, and their selection turns over so fast. One doesn't run into the vinegar problem much, excepting the "house" brands (Kirkland). I also would guess that if it doesn't sell, they don't order more, but they are stuck with the "Kirkland" brand as it is a house brand. Chicago has several Costcos, that have different wine selections, so perhaps the selection is somewhat idiosyncratic to the taste of the Costco managers.

My criteria for wine are rather simple - -nothing fancy like "nose" or "fruity" or whatever -- just these much simpler constraints: